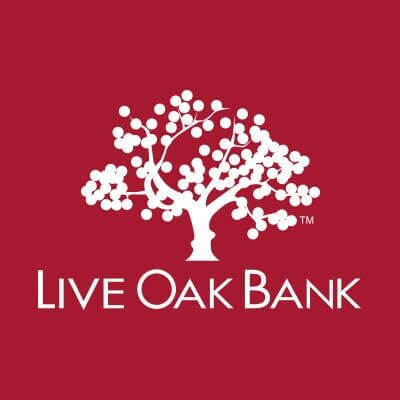 I find Live Oak’s 6-month CD particularly interesting in relation to competing products such as CIT Bank’s 11-Month No-Penalty CD, which earns 1.85%, but has no early withdrawal penalty, making it kind of like a savings account with the exception that you must withdraw all of your funds at once from the no-penalty CD.  However, you can then subsequently open another no-penalty CD with a portion of the withdrawn funds, thereby making it like a hard-to-use savings account.  In contrast, Live Oak’s 6-Month CD has an early withdrawal penalty of 90 days worth of interest.

So if you expect to not need access to a tranche of cash for 6 months, does it make sense to stash it in a Live Oak 6-Month CD earning 1.95% or a CIT 11-Month No-Penalty CD earning 1.85%?  Well, that depends on a lot of factors, such as the probability of the Fed raising rates in the next 6 months (very likely), but we’ll get to that in a minute.  Here are some simple decision criteria:  If you’re the set-it-and-forget-it type who doesn’t want to fuss with potentially rolling money over from one CIT No-Penalty CD to another (after the Fed raises rates for example) in the next 6 months and are quite sure you won’t need to access your funds in that time, then the Live Oak 6-Month CD is probably a good choice for you.  However, if you think there’s a reasonable chance you’ll want to access your funds or you don’t mind rolling a CIT No-Penalty CD into another account in the next 6 months, then that may tip the scale in favor of the CIT No-Penalty CD.

Current odds of rate increases in the next 6 months

What are the odds of the Fed raising rates in the next 6 months and pushing up short-duration CD rates even further?  Very high.  The CME FedWatch Tool currently anticipates a 25-basis-point hike at the March 21st meeting, another 25-point hike at the June 13th meeting, a 3rd 25-point hike at either the September 26th or November 8th meeting, and about a 26% chance of a 4th 25-point hike by the time of the December 19th meeting.  So that’s a very good chance of a 0.25% increase in the Federal Funds Target Rate in less than 2 weeks and another 0.25% increase about 3 months from now.  Increases in the Federal Funds Target Rate do not translate directly into increases in short-duration deposit account rates, but it’s probably better than even odds that a 0.5% increase in the Fed rate will translate into more than a 0.1% increase in short duration CDs.  So there’s a pretty good chance that CIT’s No-Penalty CD will meet or exceed Live Oak’s 1.95% rate sometime in the next 6 months. And remember that you can easily roll your No-Penalty CD funds into a new No-Penalty CD with a higher rate whenever you like. That process is described in this post.

You may also be interested in reading our review of the best no-penalty CDs (of which CIT Bank’s No-Penalty CD is currently the stand-out leader).

Finally, as always, you can compare these and other leading, nationally-available deposit accounts using our bank accounts tool.